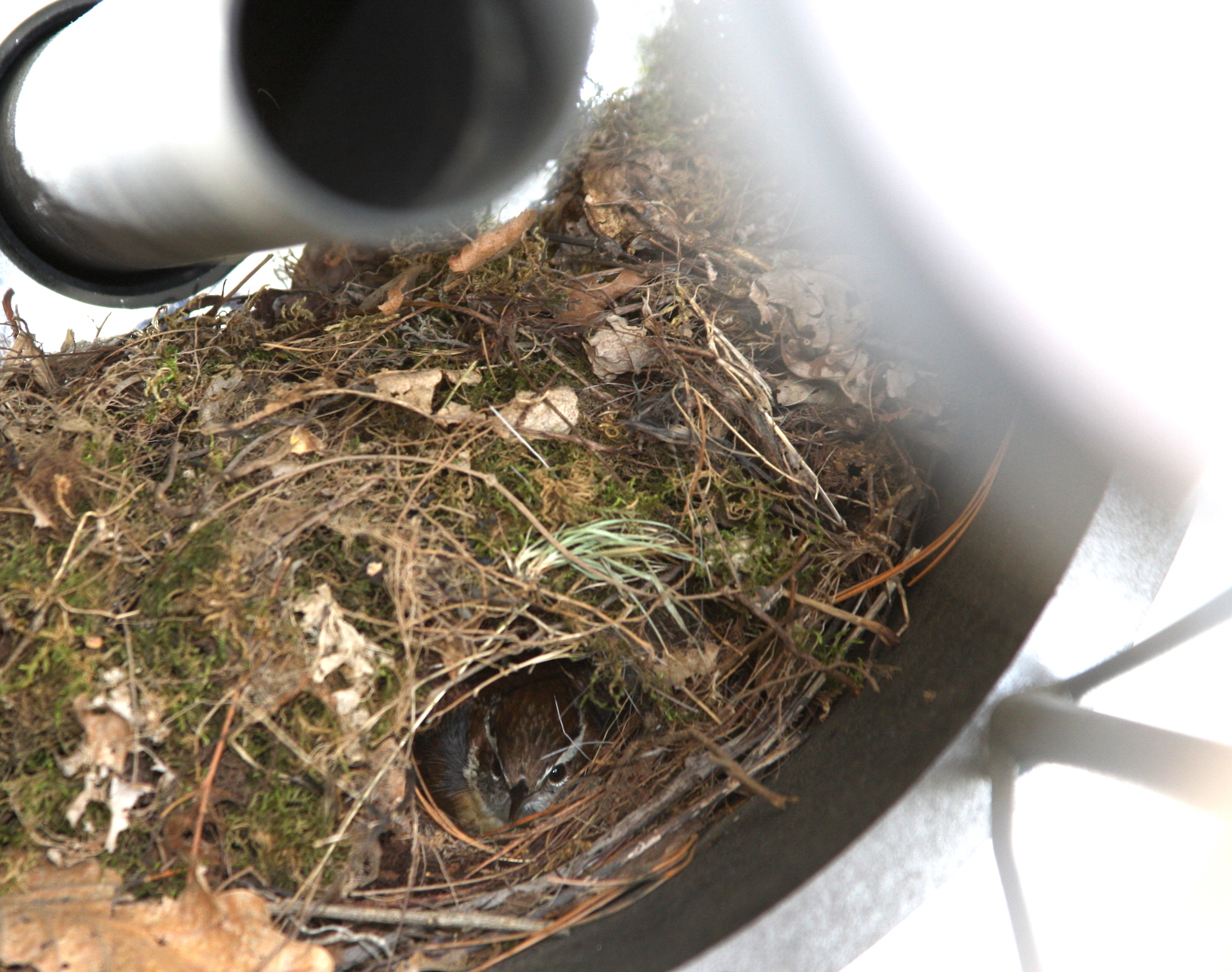 On a spring day in May of 2009, then graduate student (now Dyer Observatory astronomer) Billy Teets entered the dome housing Vanderbilt Dyer Observatory’s DeWitt Telescope to retrieve a tool left from work done earlier in the year.  An unexplained feeling told him that he should look within the telescope itself.  To his surprise, he saw two little eyes staring back at him.  Pictured above, a Carolina wren, one of the many common songbirds of Tennessee, had spent days gathering leaves, small twigs, pine needles, bits of moss, and whatever else tickled her fancy to build an elaborate nest within the telescope’s optical tube.  She quickly flew out and slipped under the telescope’s original dome, which has good at keeping out the rain but was not built with bird-proofing in mind.  Slight irritation was overshadowed by the delight of seeing several small speckled eggs within the cozy nest cavity.  The wren family was left alone, but Dyer Observatory staff checked on them periodically.  A few days after, the first of the chicks hatched, and after a couple of weeks the young fledged.  The entire mirror cell was then removed from the telescope for a thorough cleaning – no permanent damage done other than a few insignificant scratches within the mirror cell.

Also pictured in the top-left portion of the image is the baffle tube rising up from the primary mirror cell of the DeWitt Telescope.  The baffle tube’s purpose is to prevent stray light from entering the telescope and disturbing the view within the eyepiece.  At the bottom right of the image is one of the main trusses that comprises the optical tube assembly, or OTA, of the telescope, and the rear of the secondary mirror appears as a bright defocused blob to the upper right.  Instead of a solid tube enclosing the mirrors, the DeWitt Telescope uses a series of trusses to support the optics, which greatly reduces the overall weight of the telescope and also aids in keeping the temperature of the telescope inside and out the same as that of the ambient air, which maximizes image quality.