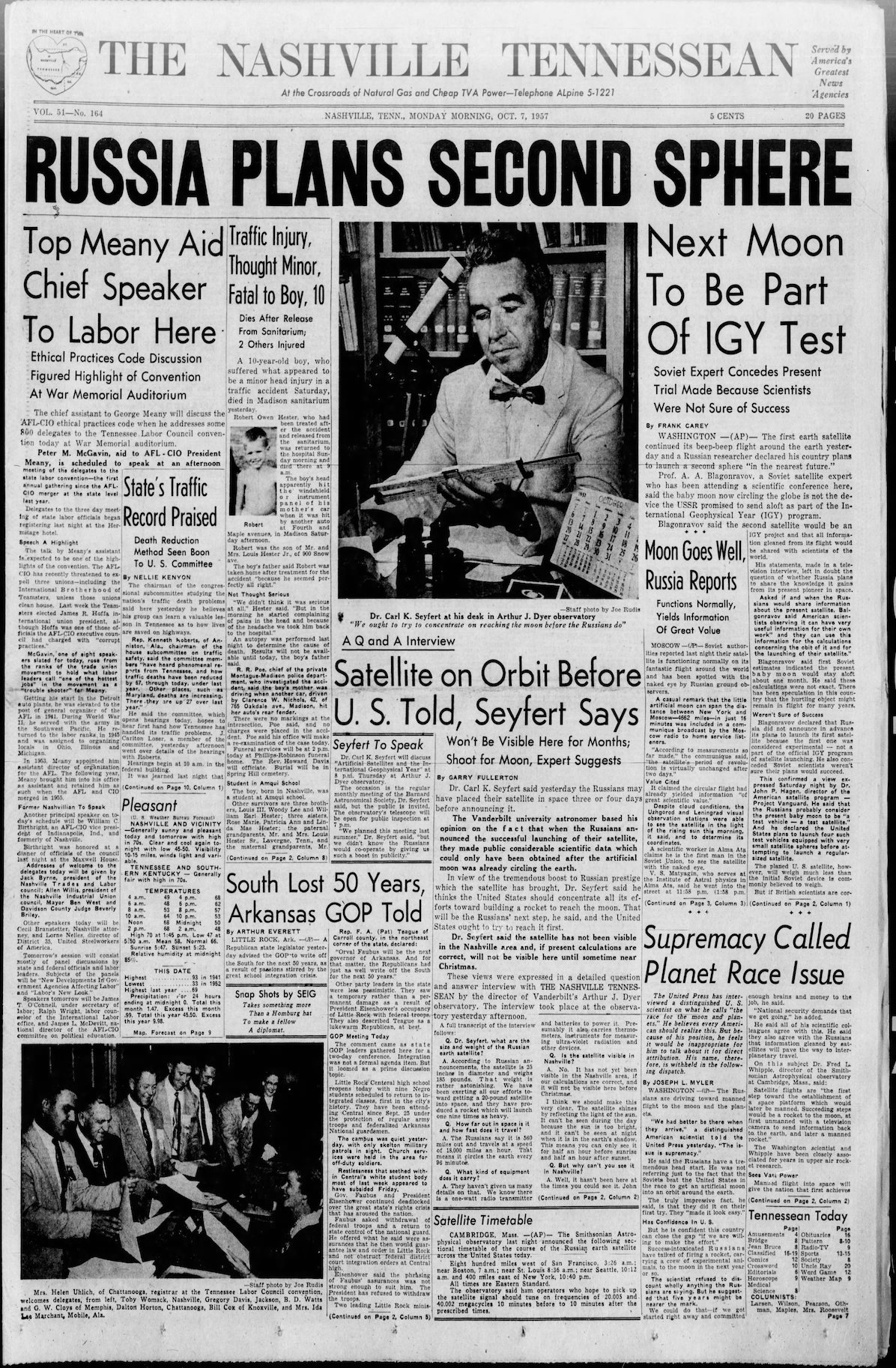 The Space Race took off in earnest with the Soviet Union’s successful launch of Sputnik I on October 4, 1957. The United States was making plans to launch its own satellite, the Vanguard, in the near future, but the American public was caught off guard and thus alarmed by the orbiting 184-pound, beach-ball-sized craft. As the article’s headline suggested, the Soviets did indeed launch Sputnik II on November 3, which was even heavier than Sputnik I and carried the ill-fated dog Laika.

The Tennessean interviewed the Dyer Observatory director at the time, Dr. Carl Seyfert, to ask what was known about the satellite and how curious Nashvillians could view it. He obliged and put forth his opinion that the U.S. should put its focus on getting to the Moon first.

The United States’ first successful satellite launch wasn’t until the Explorer I lifted off on January 31, 1958. Its scientific payload discovered the Earth’s Van Allen radiation belts. Vanguard I became the fourth artificial satellite to orbit Earth upon its launch on March 17, 1958. In July of that year, Congress passed the “Space Act” that created NASA. The race to the Moon was on.