Admiring the Fruits of the Labors

Posted by teetswk on Monday, April 6, 2020 in Stellar Finds. 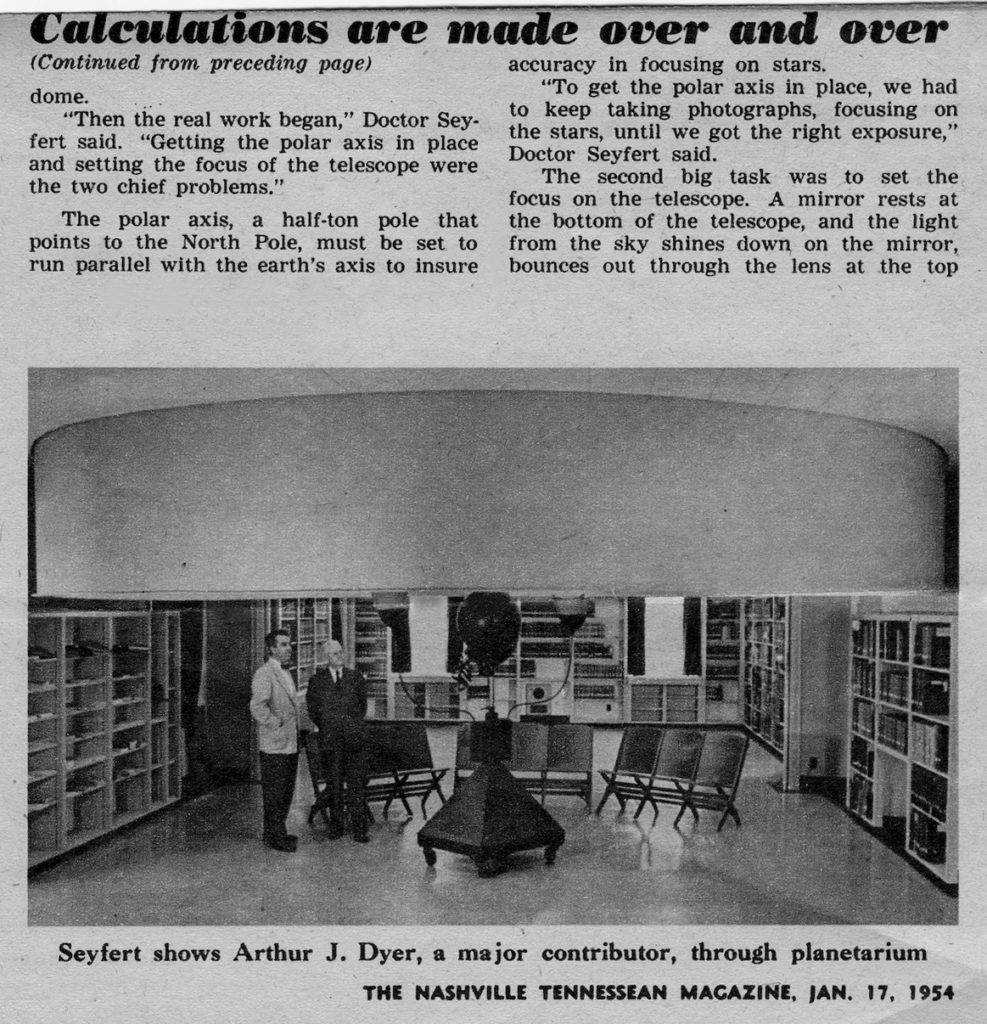 The year 1953 was special for Vanderbilt University.  Construction of the Arthur J. Dyer Observatory was completed, and the facility was officially given to the university on December 27th.  Transforming the observatory from a concept into a reality was no easy task, especially for Dr. Carl K. Seyfert, who many would consider the father of Vanderbilt’s Dyer Observatory.  Seyfert had a vision not only for a research facility but also an outlet for public education and engagement.  While still teaching astronomy courses at Vanderbilt, Seyfert traveled around tirelessly, soliciting donations for the observatory’s construction in the form of funds, materials, and labor.  When all was said and done, Seyfert had enlisted aid from over 80 firms, families, and individuals.  Dyer Observatory’s namesake was Mr. Arthur J. Dyer, the owner of Nashville Bridge Company.  Among other things, Mr. Dyer generously donated the steel that would be used to construct the main telescope dome, which houses the posthumously named Carl K. Seyfert Telescope, and the observatory’s library planetarium dome.

Pictured above, Dr. Carl Seyfert (left) shows off the observatory’s planetarium to Arthur Dyer (right) shortly after its official opening.  The large cylinder spanning the width of the room above them is the outer portion of the planetarium dome. In the center of the image with its tetrahedral base stands the original planetarium projector, featuring the large “starball” on top containing  numerous small holes for projecting the bright stars of the night sky.  The planetarium dome is rather unique in that it was built to be partially retractable.  Through the use of a wall-mounted crank (out of frame), the outer part of the hemisphere could be raised when not in use and lowered for a presentation.