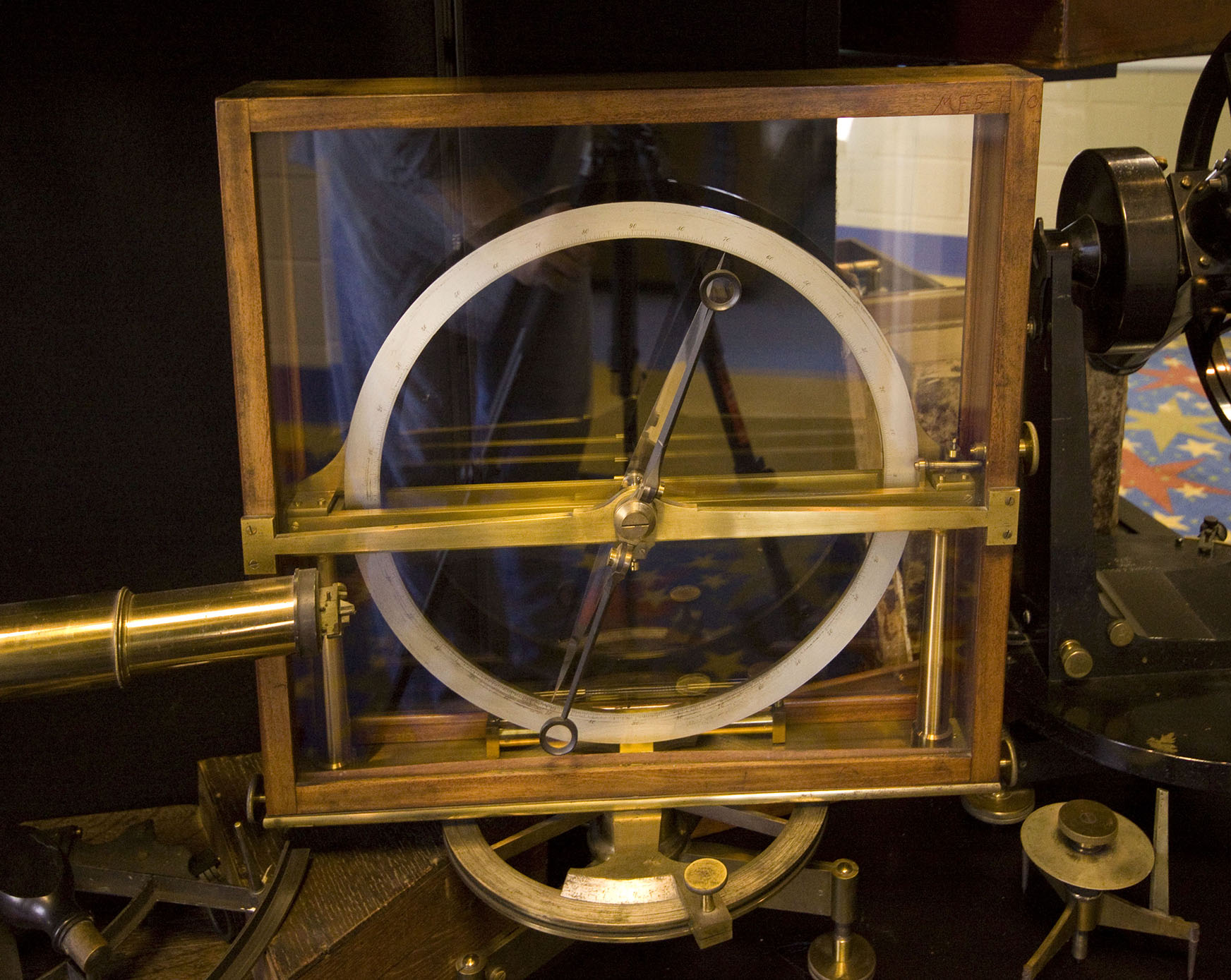 One of the instruments in this collection is a inclination compass.  This compass allows one to measure the perpendicular orientation of the Earth’s magnetic field at a given location. Regular navigational compasses indicate direction to the Earth’s magnetic poles with needles that are held parallel to the Earth’s surface. The Earth’s magnetic field, however, is typically not oriented strictly parallel to the surface. Thus, the Earth’s magnetic field exerts a force perpendicular to regular compass needles, the amount of which is dependent on the observer’s location, causing the needles to be pushed down or pulled up.  The silver ring in the above image is graduated with degree markings, all of which are mounted within the wooden case with large glass windows.  Mounted on the outside is an arm with a small lens at each end, which permits the user to view the very small graduations more easily and accurately.  Mounted within the silver ring is the freely rotating double-ended needle, which can be seen just behind the lens arm.