Posted by teetswk on Wednesday, April 22, 2020 in Stellar Finds. 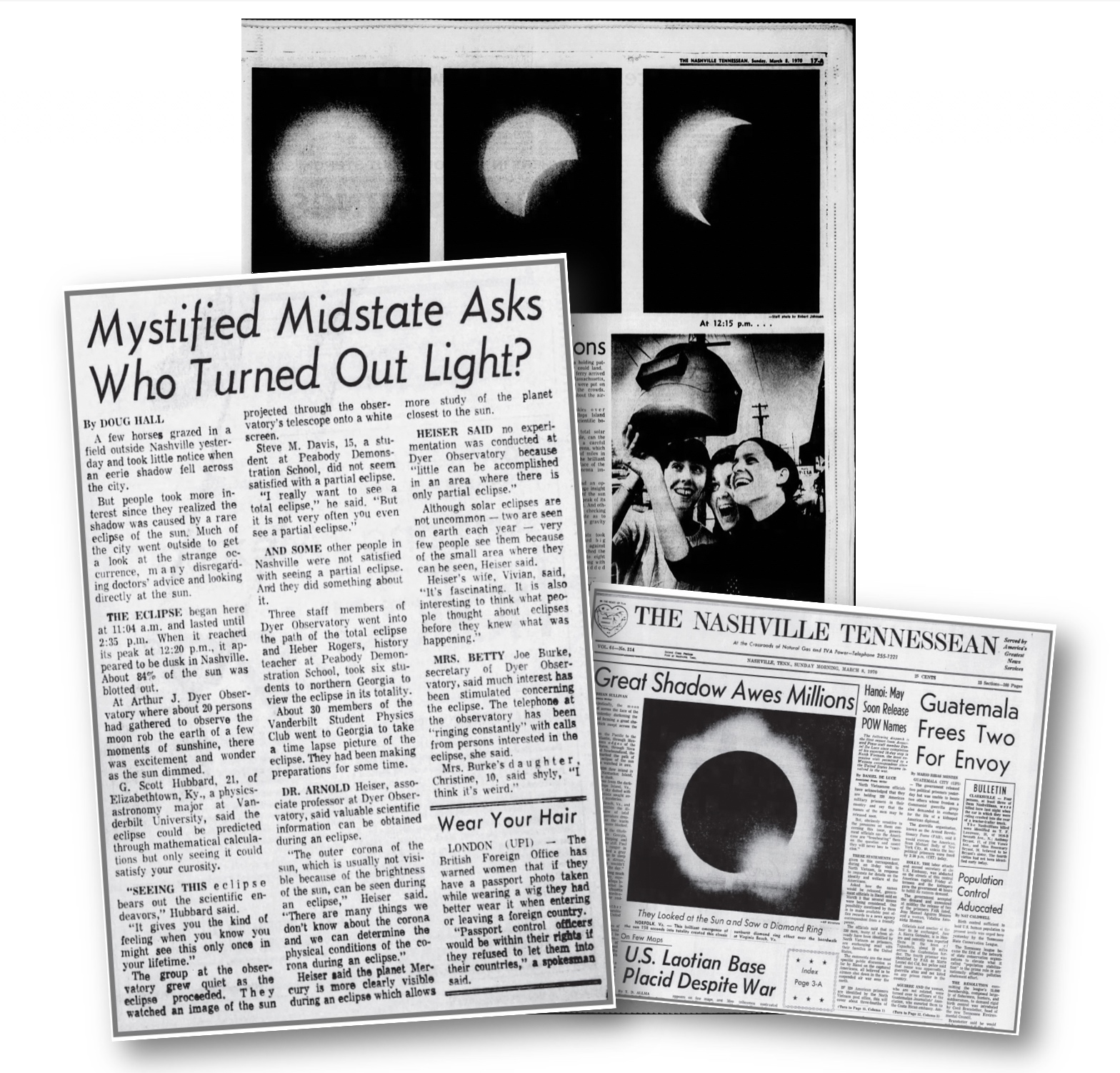 Did you witness the great solar eclipse of March 7, 1970? Totality crossed Florida and skirted up the United States’ eastern seaboard, but a partial eclipse was visible across the contiguous forty-eight states. In Nashville, the partial eclipse began at 11:04 am and lasted until 2:35 pm. At its peak at 12:20 pm, 84% of the Sun was blocked by the Moon. Dyer Observatory Director, Doug Hall, reported that about twenty people observed the event on the premises, but some Vanderbilt staff and students went out of state to witness totality.

Dyer Observatory’s Dr. Arnold Heiser noted that total solar eclipses allow for better investigation of the Sun’s corona and the planet Mercury, but the partial eclipse at Dyer on this date did not allow for any appreciable study.

For those eager to catch a solar eclipse without having to travel outside of the United States, your next opportunity comes on October 14th, 2023, during an annular solar eclipse.  Almost six months after that (April 8, 2024) will be the next total solar eclipse visible from the U.S.  In both instances, however, Nashville will witness a partial eclipse.