Posted by teetswk on Wednesday, April 29, 2020 in Stellar Finds. 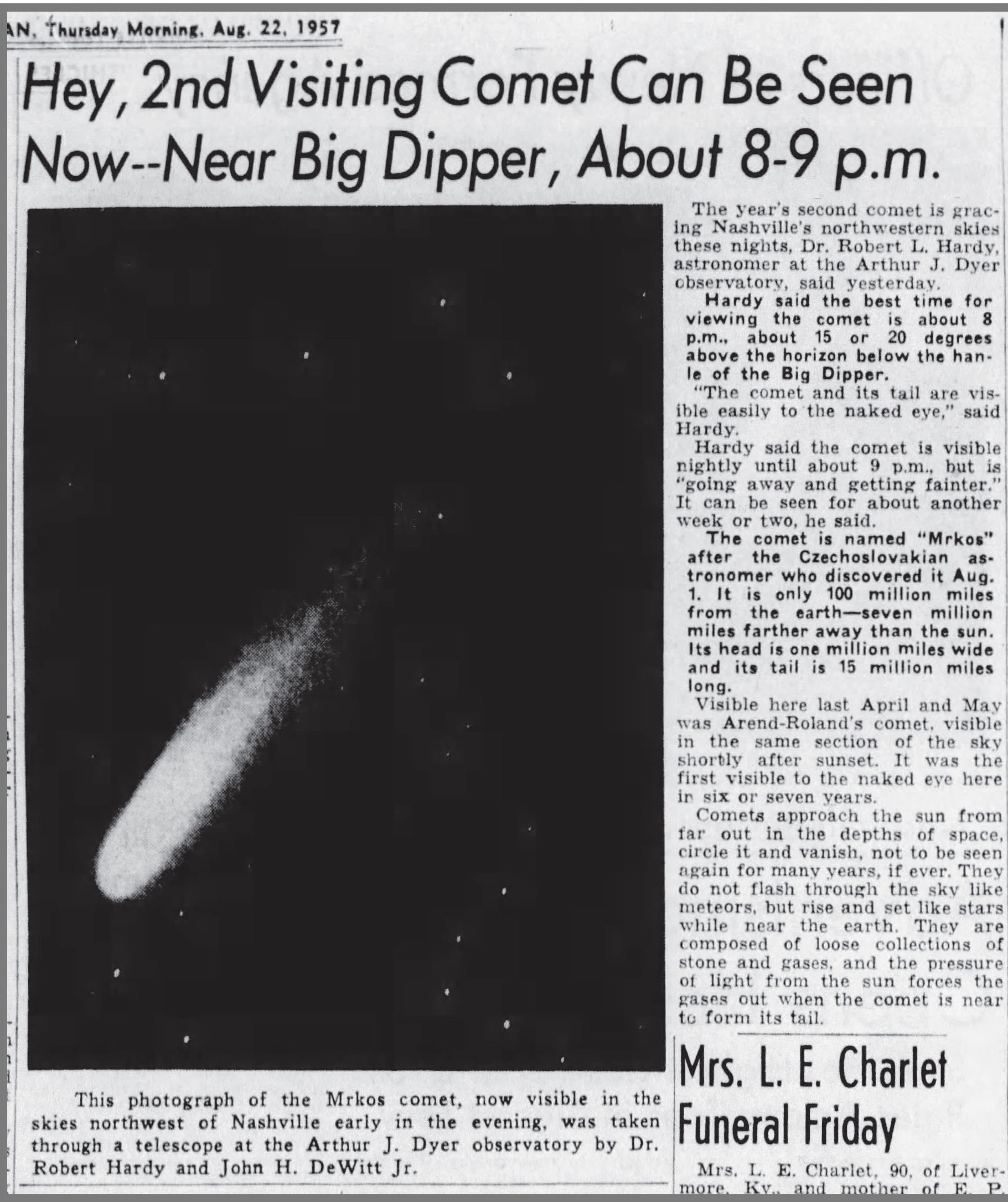 Occasionally, Nashville residents are lucky enough to see a comet pass in the night sky. In August 1957, Comet Mrkos, named for the Czechoslovakian astronomer Antonín Mrkos who discovered it, was visible for a few weeks to the naked eye. It was dubbed the “2nd Visiting Comet” because that spring, the passing of Comet Arend-Roland was also easily observable. It is noted in this article that about seven years had passed since a comet had been seen from the Nashville area.

This photo was taken at Dyer Observatory by Dr. Robert Hardie, associate professor of astronomy at Vanderbilt, and John (Jack) DeWitt Jr., president of WSM and research associate at the observatory.