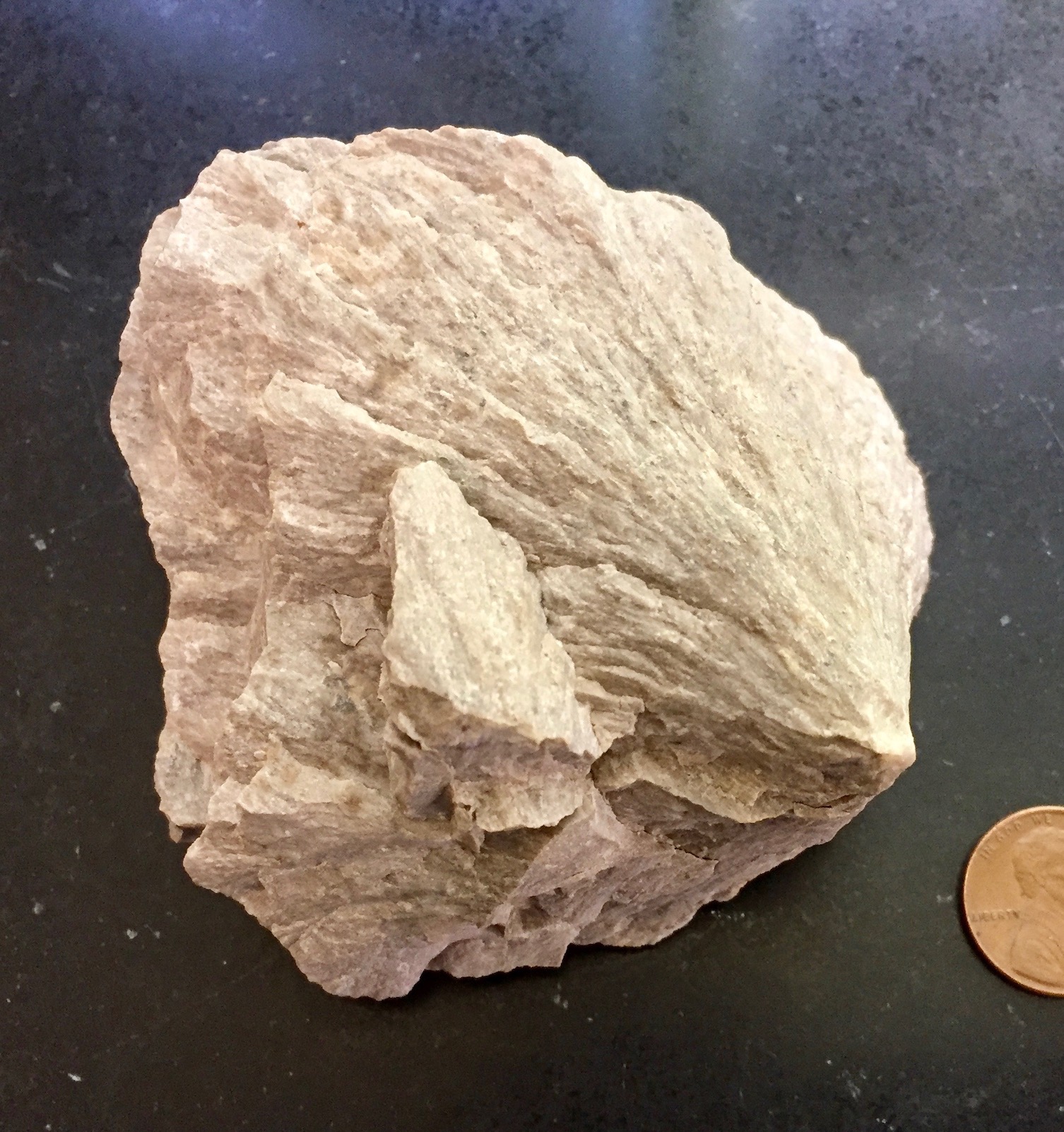 Tennessee’s Wells Creek impact basin, located about an hour and a half drive northwest of Nashville, is the source of this shatter cone. It was formed by the shock wave of a meteorite impact massive enough to travel through underlying rock in a branching pattern, which created cone-shaped rock fragments with distinctive striation radiating from their tips. If undisturbed by other geologic activity, the cones’ tips point upward and inward toward the original source of impact. The central uplift of the Wells Creek crater is well known for its plentiful and nicely detailed shatter cones composed of Knox Dolomite.